With an aim to provide good governance, and improve access and quality of financial services to their members, the leading SACCO has enchanted admirers home and abroad.

Throughout 2021, it remained strong with excellent performance, ranking best managed in the country and third in total assets. It was also ranked overall winner of the FiRe Awards, SACCO Category, and best for compliance with the International Financial Reporting Standards (IFRS).

“Our global credit rating for the long and short term was also upgraded to BBB+/ A2 from BBB/A3,” according to the SACCO. Additionally, the SACCO was re-accredited in November 2021 under the ISO 9001: 2015 QMS Standard.

These awards and recognitions have catapulted Kenya’s foremost SACCO into the realm of some of the best-managed entities in Kenya and beyond.

“Governance is a key pillar to the success of this SACCO,” National Chairman, Mr. David Mategwa, said during the ADM.

As per the Principal Secretary, State Department for Co-operatives, Mr. Ali Noor Ismail, the SACCO is among the best-managed cooperatives in the country.

“There are no governance issues, and it is well-managed. We only request that the chairman, the board, and the members continue on that good path,” urged the PS.

Mr. Ismail also noted the practice has benefited the Sacco greatly since it has been receiving support from key players in the cooperative movement. He said this while encouraging the management to maintain good governance. The Chief Guest, Dr. Fred Matiang’i, Cabinet Secretary, Ministry of Interior and Coordination of National Government, said “I wish to congratulate the leadership of this SACCO. You are indeed disciplined and focused.”

The CS emphasized the need for prudent financial management as an integral part of police training for those immediately joining the recruitment school in Kiganjo.

Early this year, the Sacco played host to the Chairperson, Vice-Chairperson, and Head of Operations of the United Civil Servants SACCO from Malawi. The Malawians were on a working mission to learn and borrow a leaf from the foremost SACCO on how to roll out and maintain the best operational business management practices.

Shortly after their visit, the SACCO welcomed another delegation from Kenversity SACCO seeking to benchmark on the implementation of the ISO: 9001:2015 QMS Standard.

At the moment, the leading SACCO has embarked on training the Board of Directors on good governance and plans to even onboard the delegates for improved financial awareness and decision-making capabilities.

As this represented a number of projects that Kenya National Police DT SACCO has carried out in the Kenyan community so far, the society also constructed and transferred a dispensary to the General Service Unit Recce Company community, a move that will significantly help meet their healthcare needs.

Under its education program, the SACCO is currently supporting 117 learners in various secondary schools in Kenya, besides six students in universities. The initiative supports bright but needy children of deceased members who obtained 360 marks and above in their Kenya Certificate of Primary Education (KCPE). During the ADM, Dr. Matiangi saluted the SACCO for meeting the learning needs of children of deceased members and urged the board to develop a more comprehensive framework to provide more support that improves the welfare of such families.

Meanwhile, the sports stadium is estimated to cost KSh69 million, and will feature world-class facilities suitable for football, athletics, hockey, and other sports. 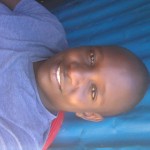