Widows in Murang’a County have formed a Sacco to help them champion for their rights, over the inheritance of properties, that were left behind by their deceased husbands. The Sacco dubbed, ’Wajane Murang’a Sacco,’ will help widows secure their rightful properties, upon the death of their husbands.

The Murang’a County Women Representative, Sabina Chege, speaking while celebrating with widows at Kimorori grounds in Kenol town, took the initiative to bring the widows together, upon the discovery that many have become victims as soon as their husbands are buried.

Losing a husband for many women in Kenya, especially in the rural areas, is very frustrating and especially if the husband was the breadwinner of the family. Most communities in Kenya still observe the retrogressive cultural practice, that disregards widows, the rights to own family property. As a result, most widows become helpless, often neglected, mistreated and in some cases, have been evicted from their matrimonial homes.

“Many widows are thrown out of their matrimonial homes and their property is taken away. Since they don’t have the financial capability to fight for their property, they are forced to leave and start afresh,’ lamented the Women Representative. “Some women have had their brothers-in-law seeking to inherit them, and they are left helpless. The Sacco will help the widows to stand together and support each other.” She noted.

The Sacco, will engage a team of lawyers, who will volunteer their services, to help the women secure their properties without charges. Subgroups will therefore be established by the Sacco in the wards and constituencies, to organize ward clinics with the lawyers, to reach out to widows in the villages.

Wajane Sacco will also support the elderly widows, who do not benefit from the cash transfer. It will provide sponsorships for the desperate and needy widows children’s education.

Whereas many widows live alone for decades, many widowers remarry as soon after their wives die. Chege gave them different gifts, but also brought on board the Women Enterprise Fund, Uwezo fund and NHIF to talk to them on how to better support themselves. The Women Representative was confident that with proper structures in place, members of the Sacco will soon be able to benefit from the Women Enterprise Fund and start income-generating activities.

The founder and Chairperson of Muungano wa Wajane community-based organization Bertha Gaitho (the widow of the late AIPCA Archbishop Samson Gaitho), said the group had forwarded a bill to support widows to the Attorney General 5 years ago, but is yet to be tabled in Parliament.

According to her, if passed into law, the bill would protect every widow in the country. She appealed to the government, to set up a kitty to support widows, saying that being financially stable will help them deal with the stigma.

“The organization has over 500 groups in 16 counties. Many are accused of causing their husbands’ deaths, while some are even imprisoned. Others are displaced from their homes with their children,” she added.

The widows are always forced to find other ways of supporting their families, since the will and testaments left behind by their late husbands, are often challenged in court. 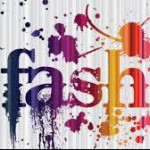 SASRA Calls for the Merger of Small Saccos to Maintain Stability